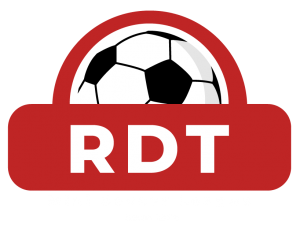 The Riccardo De Thomasis – Mini Soccer League offers an environment for children between the ages of 4 – 11 who want to improve their skills and build their confidence in a fun, safe and friendly learning environment. Children can enjoy the benefits of playing on a more proportionate playing surface to their size and abilities. The small sided or mini soccer games benefit children by improving young soccer players both technically and tactically.

We take our role as grassroots soccer developmental coaches very seriously, which is why our program has been around for the past 24 years and counting. (est.1994)

Riccardo De Thomasis established the Winnipeg Mini Soccer League in 1994. He set out with the goal in mind to grow the sport of soccer in his community, and to share his passion for the sport with others. Riccardo achieved this as he quickly grew this mini league to be the largest grass roots soccer program in Winnipeg.

Riccardo sadly passed away in 2013 after a three year battle with cancer. In his honour and memory, the program was renamed the RDT – Mini Soccer League. This program is Riccardo’s legacy and it will continue to serve as a reminder of his great life and achievements. While undergoing strenuous and exhausting treatments, Riccardo continued to oversee the program, coaching young athletes and training coaches. It was clearly a difficult task for Riccardo to physically be on the field, but he would find the strength stating that this program gave him a reason to fight and a reason to continue.

For being a mentor and leader to children.
For his contribution to recreation in Winnipeg.

“Global News Coach of the Month”